“If I could tell you what it meant, there would be no point in dancing it.”

Agnieszka (Agi) Romek, was taught classical ballet in the Opera and Operetta in Cracow, in the class M. Dimitrov and A. Towarnicka. She continued her studies in the Ballet Modern Form under the outstanding eye of J.M.Birczynski. After finishing school, she continued to acquire experience and further education; this time in modern dance. First in the country at the Art Color Ballet and later abroad. Among others in Ballet school in Amsterdam under Ted Berendsten, as well as during numerous dance workshops in Frankfurt, Nuremberg, Stuttgard, Paris, LA, NY and Mexico in order to raise qualifications in M.Graham, & H.Limon.

When choosing Belgium as the target country after a few years of collaboration with Isabella Beernaert, she decided to pass her knowledge and start working as classical ballet teacher in the Ballet school Raymonda / Wendy Demeyere. She also works independently creating different dance/art productions and projects. ARC, is her personal concept to bring artists together in order to develop and expand the artistic horizons. 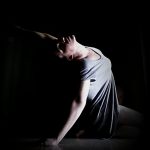 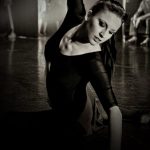 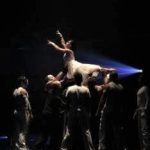 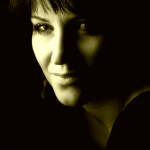